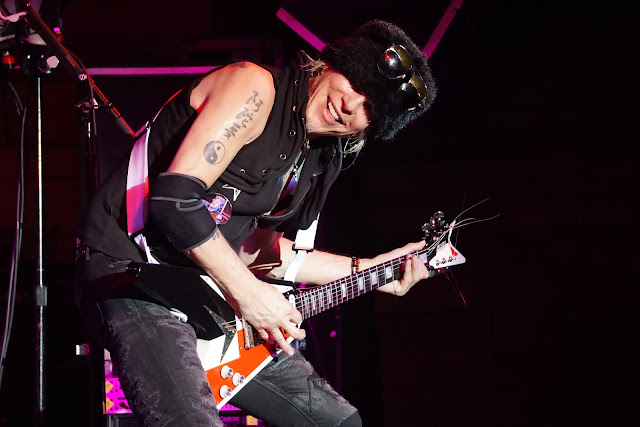 It’s great to see Michael Schenker smile again, and he’s been smiling for over a decade now.  Things weren’t always easy for the man, but he’s found his way again, and focused on what he does best.
I remember interviewing Michael Schenker a couple of years ago when he first presented me with an idea of the Michael Schenker Fest.  As much as I loved the concept, it didn’t see like it was going to materialize.  I was proven wrong, Michael Schenker was able to pull it off.  At first, it seemed like a one-off in Japan, but he’s followed it with an album and a tour, and now the tour continues.  It is simply a dream come true for any Michael Schenker enthusiast. 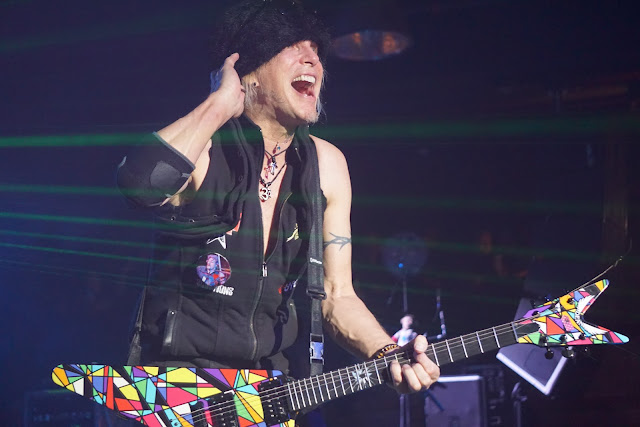 The show began with Michael paying a tribute to recently deceased Ted McKenna (who was a drummer for his band,) and Paul Raymond (a former MSG/UFO member.)  And then there was the music, and plenty of it too.  The three-hour spectacle started with Holiday, a track Schenker had written for the Scorpions.  Michael even sang the song.  It was followed by Doctor Doctor from his UFO days, and this time it included three singers:  Graham Bonnet, Gary Barden, and Robin McAuley.  The three singers filled the majority of the show.  Having their own segments, but often guessing on each other’s sets.  It showed a lot of camaraderie among the band members.  There was harmony, great feel, and plenty of great music. 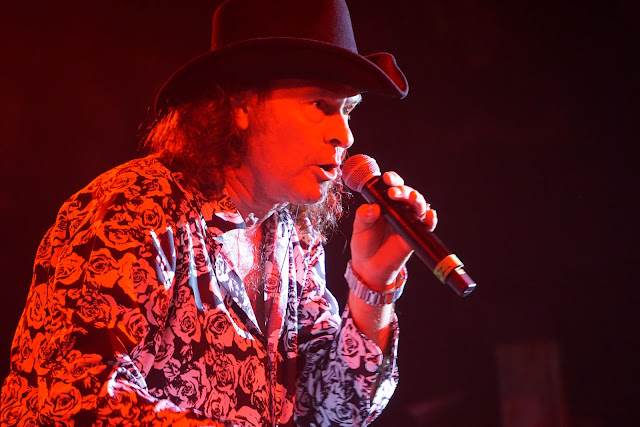 Gary Barden was first to take the stage for longer amount of time.  This took us to the very beginning of MSG.  Tracks like Armed And Ready, Rock My Nights Away, and Attack Of The Mad Axeman were instant favorites back in the day, and the public responded great this time around too.  Gary Barden did his best to recapture the right feel for these songs and added his signature vocals.  It was great to see Barden back on stage after nearly a decade away. 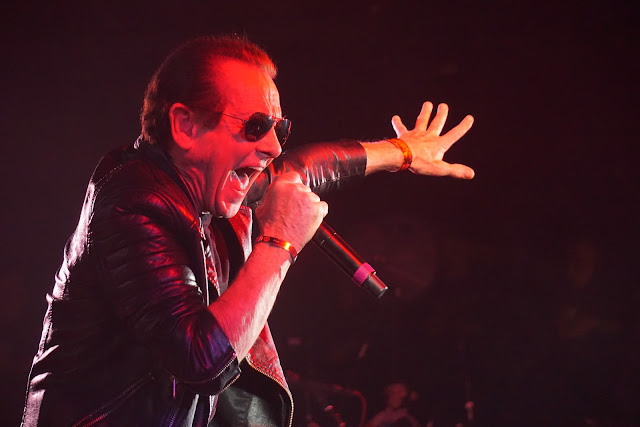 Graham Bonnet’s time in MSG was cut short due to circumstances beyond control, so it’s really great to see him making up for the lost time.  Bonnet is recently experiencing something of a renaissance.  He is back at work, and he’s very visible.  Graham’s six-song segment was just mind-blowing.  Bonnet was on top of his game delivering each line with vigor and perfection.  It certainly was an assault attack from Graham Bonnet vocally.  He is an outstanding singer who is finally getting his due. 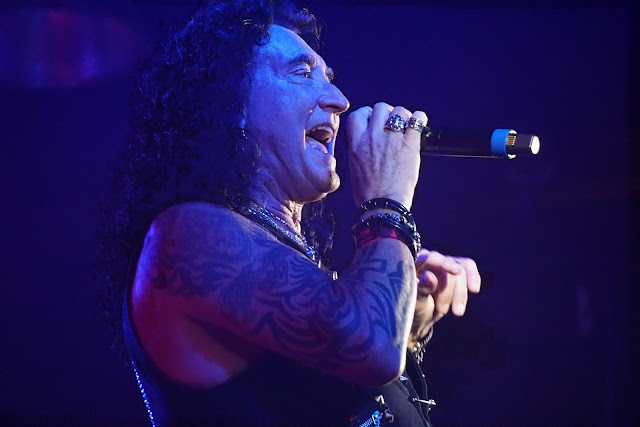 Robin McAuley played with Michael Schenker from the late 80s to the early 90s.  This writer has to admit that less attention was paid to this incarnation of MSG on his behalf.  But these songs proved to be great on stage, and the audience was loving it.  McAuley’s delivery was flawless.  Songs like Save Yourself and Anytime really rocked hard.  He was a very commanding presence on stage, and excellent back up for the other singers.  His era of MSG certainly deserves to be re-visited and appreciated. 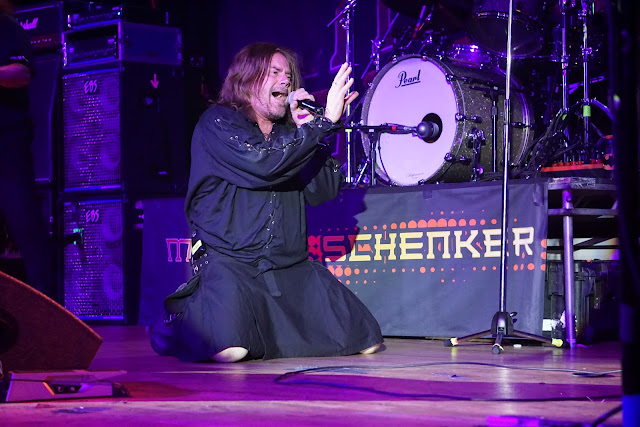 Doogie White was the fourth singer on this tour, and his appearance came towards the end of the show.  It certainly makes sense because the whole show was put together chronologically.  White is a current vocalist for Michael Schenker’s Temple of Rock project.  The singer appeared in a Scottish kilt to add to the festivities.  White took a very solid charge of the stage, and sang the combination of Temple of Rock material and Michael Schenker Fest.  He was very energetic and dramatic on stage, and of course sang beautifully.  White is a perfect match for what Michael Schenker is doing nowadays, and I hope their alliance will continue for many years to come. 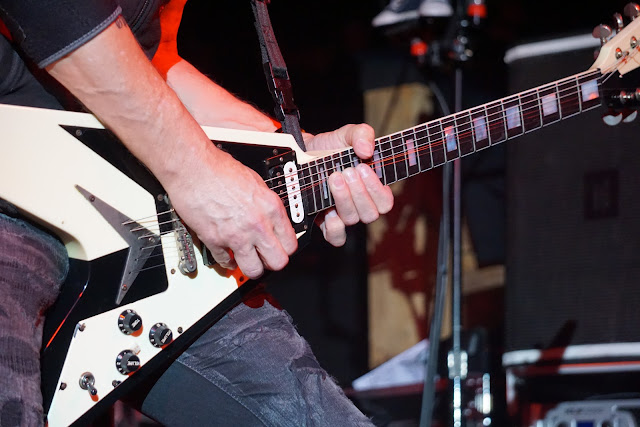 Michael Schenker himself was completely focused on his playing.  He was feeling happy and joyful throughout the show.  He was smiling and having a really good time.  His playing was absolutely ground breaking.  The crowd had a chance to enjoy of the greatest players on the planet who still very inventive and intuitive.  Michael’s tone is very unique and his sense of melody as beautiful as ever.  He’s been through a lot, and it’s great to see back in the proper spotlight! 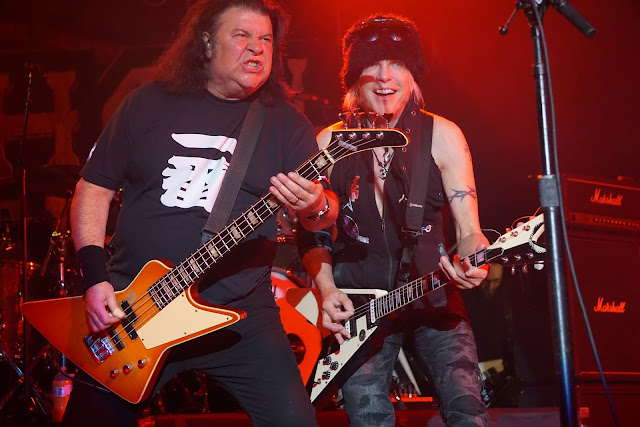 The band also consisted of the original MSG bass player, Chris Glen.  It was great to see Chris back with Michael as his presence and sense of humor add to the overall easy feeling the band projected from the stage.  Guitarist/keyboardist, Steve Mann, provided a solid rhythm, and often doubled up on the harmony leads with Michael.  Drummer, Bodo Schopf, completed the line up.  Schopf was a recent addition to the line up replacing recently deceased Ted McKenna.  Schopf was a very solid drummer, and made the band sound great. 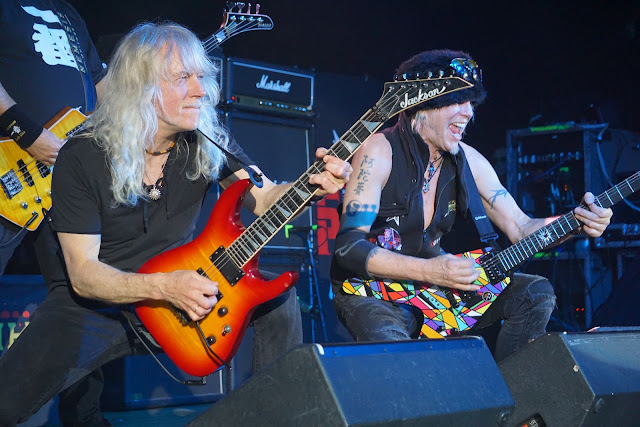 It is difficult to capture the three hours of fun in few paragraphs, but Michael Schenker Fest was simply amazing.  They ended their set with several UFO songs, and the crowd went bananas.  There is a long-standing bond between Chicago and all things UFO, so it was time to celebrate again!  As Michael Schenker Fest the project released an album called Resurrection.  Throughout the show the album was very well represented as each singer performed at least one track from the record.  What’s more, there will be another record released in few months, so Michael Schenker Fest continues to exist and gain momentum. 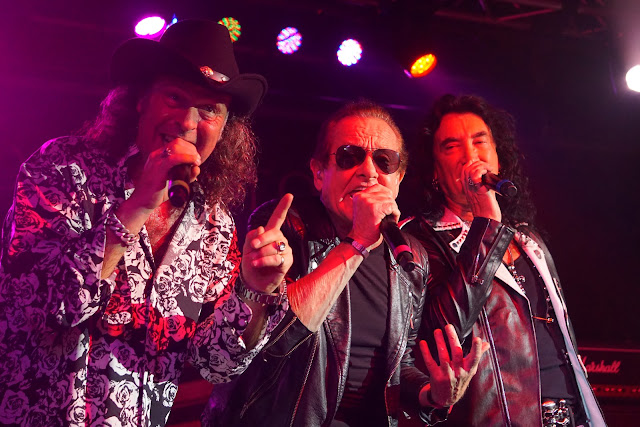 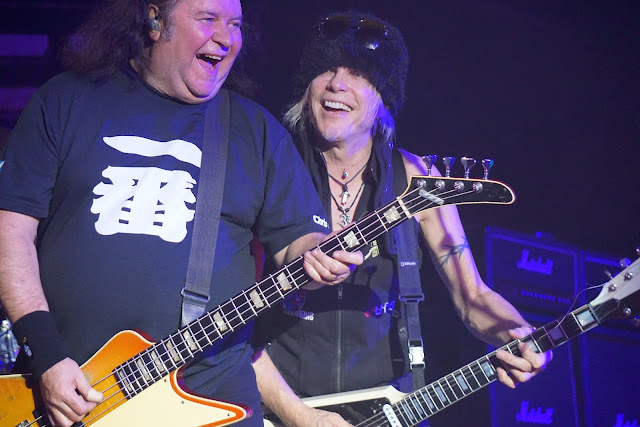 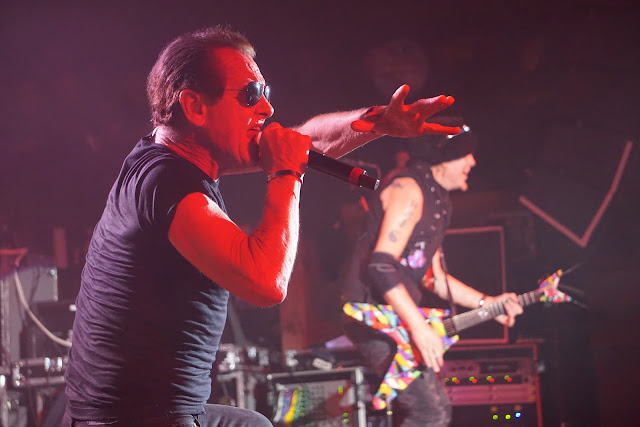 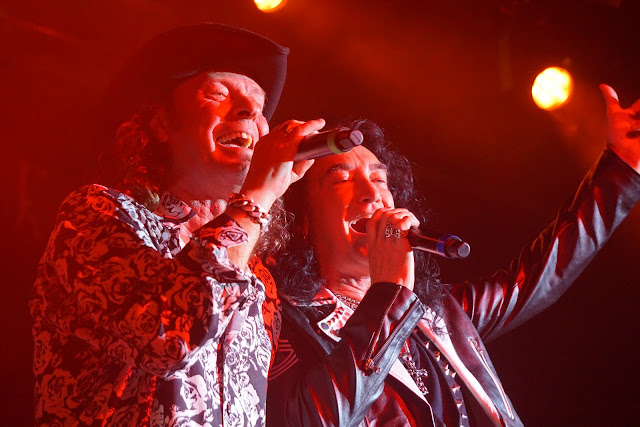 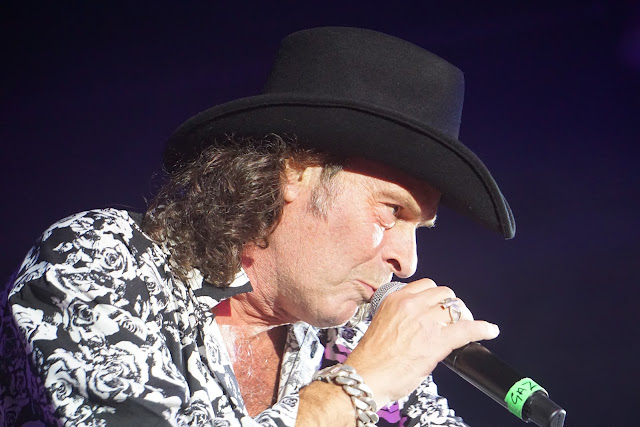 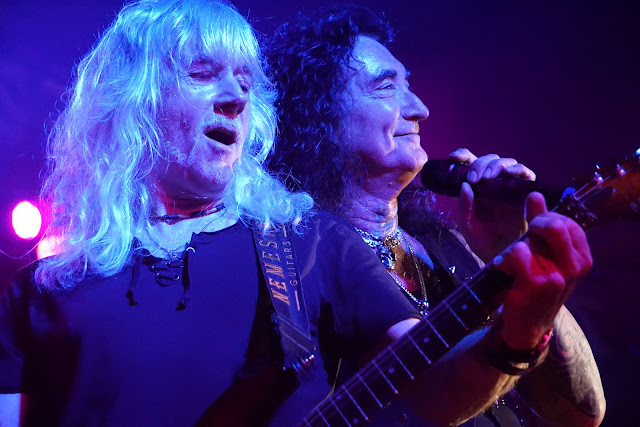 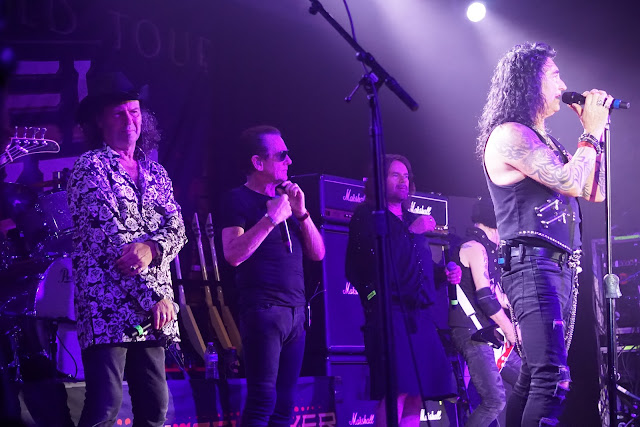 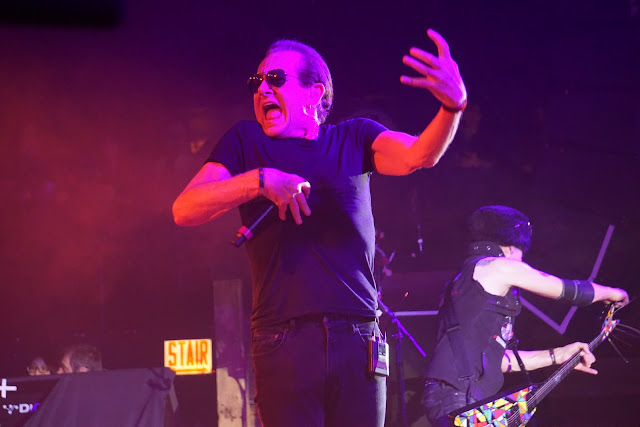 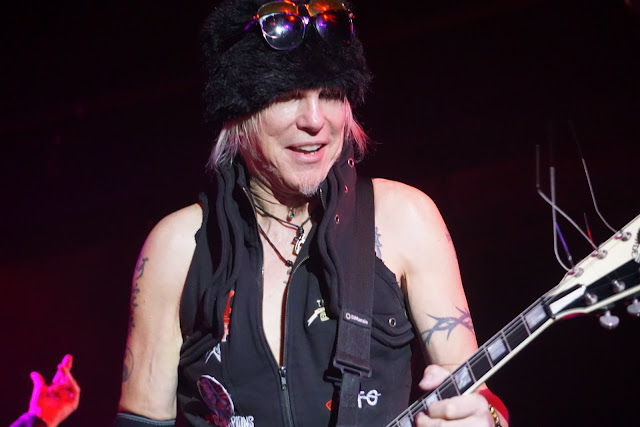 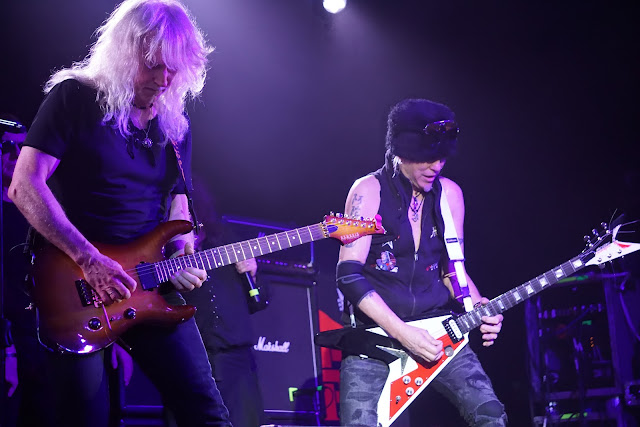 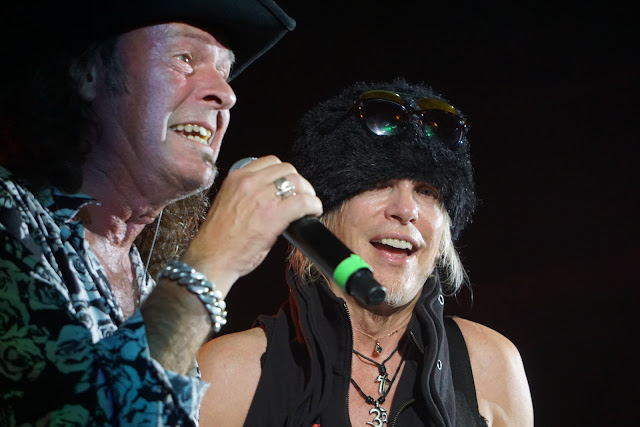 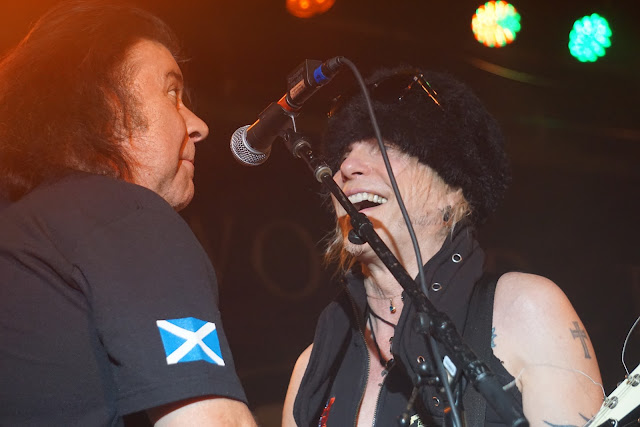